I was recently invited to The big R’s event organised by Chews Health TPMP and Connect Health, a conference that brought together forward thinkers in the profession with the aim of instigating change. I felt honoured, to be invited, perhaps more than most in that room.

Why? Well once upon a time, I had Physio Apathy. A terrible scourge that suppresses critical thinking, creates an over-reliance on acupuncture, and results in telling all patients they have weak glutes. 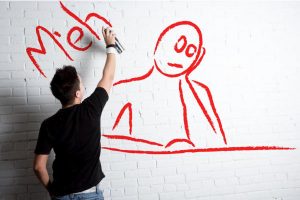 Thankfully, with access to the right support and information, I have undergone a period of rehabilitation…………………..

As I indicated in my previous blog change ahoy, there’s a big push for change in Physiotherapy at the moment. But not everyone is keen. I think it’s pretty obvious to my twitter followers, liker’s of my Facebook page, clients and long suffering friends that I am firmly in the change camp.

But how did I come to be there?

Well, I’m proud to say, I got there all by myself, and not on the back of a band waggon (although I have to admit I have hitched the odd ride or 2 over the years, but they have usually taken me in the wrong direction).

I’m not an academic or a shoulder specialist, I’m not a tendon guru or an ESP. I’ve never lectured or taught a course. In terms of the ‘system’ I didn’t progress beyond a junior rotational post.

However, (and for any potential clients who may be reading this, before I talk myself out of any business), what I do have is a hell of a lot of clinical experience working in a number of different settings, with people from a vast range of backgrounds.

Now I am aware more than most, experience alone does not make you a great clinician.

Thanks to the internet and social media, I have, in the last few years been able to engage more with what’s going on in the academic world, I’ve been able to find courses that give my practice true value. Courses that have got me thinking and reasoning more critically rather than just learning the latest exercise or mobilisation that is applied to every patient for a week, then shelved along with the course manual.

I’ve read with interest discussions on twitter, which challenged some long held beliefs (and strengthened others)

This has made me look back on my career recently, with mixed feelings.

On the one hand, I’m proud and pleased at some of the things I have achieved, and where I’m at now as a clinician, but on the other, I am a little sad and frustrated at missed opportunities both down to myself and dare I say it, my profession. 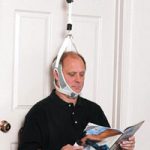 My junior rotational post was rubbish. I learned how to measure crutches, set up a mega pulse and cervical traction, oh and how to treat 3 patients at once in 15 minutes (no exaggeration).When I left after 11 months I was warned that this would affect my career (yeah, for the better I hoped!!)

I not only jumped ship, I flew halfway across the world to New Zealand. Here, I was lucky to work in a sports injuries clinic that was part of a big gym. We had an ultrasound machine, but we tended to make fun of physios that favoured electrotherapy (Disco Physios we called them.). There was a strong emphasis on exercise, and not the standard ‘physio’ exercises. We had a gym full of squat racks, dumb bells, weight benches and pulleys at our disposal. It was a baptism of fire. I arrived not knowing where to begin with an acute hamstring tear (what did I actually learn at university), and left dealing confidently with ACL tears from diagnosis to end stage rehab.

But my learning in that clinic went much deeper than strength programmes. It was in that little clinic in Christchurch that I first came across the Biopsychosocial approach.

I didn’t know it at the time. I didn’t even know it was a thing, but looking back, this was where I started consider something beyond the biomedical.

My boss, I observed, had this amazing ability to connect with people. He was laid back, interested, he occasionally swore, he put clients at ease. I listened and I learned.

I went from being horribly self conscious and struggling with small talk, to being able to discuss anything from front row rugby to ballroom dancing. I talked to clients as people, not patients. It seemed to work.

I learned to understand what was important to the individual. I remember commenting that if I made an effort to understand the client and their sport, it didn’t matter what treatment I used, I was 90% more likely to get them better.

These words haunt me now because this should have encouraged me to investigate, to find why, and know more. But it didn’t. It just led me to the conclusion that most physio modalities were bollocks. And this meant, for a while at least, I became a bored physio.

Bored and lazy. I worked hard seeing patients, and I got results, but I failed to wonder why.

On returning to the UK I had a short spell in the NHS as a locum, and although I loved the work, I was incredibly frustrated by the system.

The orthopaedic reg refused to review my ACL patient who I was convinced (rightly so as it eventually turned out) needed a revision of his graft, getting the waiting list down was of greater priority than providing effective patient management, the resident ESP seemed distracted by a complicated domestic situation, and receptionists were rude. But as a locum I felt powerless to change things or even speak up.

The NHS, I concluded, for the second time in my career was awful. When I left to work in a shiny new private practice in the City of London, I vowed never again to enter ‘the System’ because as far as I could see, the system was shit. (If you’re NHS and reading this, don’t be offended, this was my experience in 2004 and I am well aware of the amazing work that many NHS physios do). But private practice wasn’t much better (I could write a whole book never mind blog on that ‘shiny new clinic’ in the City)

I became increasingly disillusioned with Physiotherapy.

I would flick through frontline looking for inspiration. A job? A course? An inspiring article? Nothing.

Research and EBP started to become buzz words but it seemed you could find a paper to prove or disprove any and every treatment modality. Consequently I buried my head further in the sand. It was easier to adopt a ‘what’s the point’ attitude than it was to attempt to understand and critique the evidence.

For the next few years I bounced around a few private practices, and eventually as a locum with the military.

Working with the military was the BPS model personified.

I observed many patients struggling with issues either at work, or at home (living away from family, their life effectively controlled by the MOD), and several were under the care of the mental health team. Although I was making the link between people in pain and other aspects of their life, I still wasn’t motivated to investigate how it all really worked.

I bimbled along, ‘treating’, but not thinking, not questioning.

I cringe now at my apathy.

More and more I felt there was no real skill to what I was doing. I couldn’t see a career progression. I was totally disengaged with my profession.

I stopped taking the cellophane off Frontline.I took a year off instead. But I didn’t go backpacking. I went to Loughborough for an MSc in Ergonomics, where there was a strong emphasis on research. Although statistics still largely remain a foreign language to me, I loved the qualitative stuff, and I began to see the value of good research when properly implemented and critiqued. But I’m no academic, and despite hoping a new, exciting career would reveal itself, I missed the clinical work. So after a year of studying and playing out on my bike (we had some great mountain bike trips with the Uni club) I returned to the shop floor. But this time, things were different. I wasn’t as afraid of the academic. 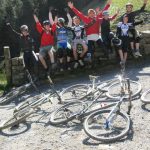 I started to read, I started to think, I started to question, and all of a sudden, stuff started to make sense. Not only did I have new respect for research and it’s value, a lot of the current thinking and evidence seemed to provide a legitimate explanation to what I had unwittingly been observing and experiencing over the years.

Then, I discovered Twitter. And things got really interesting, and really quite uncomfortable.

With my preliminary reading, I thought I’d found all the answers, but Twitter made me realise I had actually stumbled on the questions.

Each time I felt I had a grip on something; a discussion, article or blog would have me scrabbling to hold on. For a while I retreated to my place of safety, burying my head once again in the hole of ‘what’s the point’. But slowly I returned. I felt I maybe had something to bring to the table. I began to engage in discussions, to think critically rather than being intimidated or star struck by the so -called experts or gurus.

I was surprised and impressed to find lots of brilliant clinicians wanting change just like me, many of them trying to change ‘the system’ from within.

I learned to become comfortable with not knowing all the answers; I began to enjoy the debate and the uncertainty. I was intrigued by the lean towards philosophy.

But it’s taken me a long time to get to this point. I feel like a latecomer to the party, and I’m working like mad to catch up.

I can deal with that. I know a lot of that is down to me, and my priorities over the years. But what I struggle with is how I was allowed to get away with being a sub average physio all those years. I wasn’t really accountable to anyone. It was easy to fly below the radar, and it wasn’t my professional body that prompted me to be better (I passed the HCPC audit no problem), but a social media platform. And you can talk about echo chambers all you like, because I’ve worked in many physio departments where I’ve seen far more back patting and smoke blowing, where I’ve almost lost my job for attempting to instigate debate. 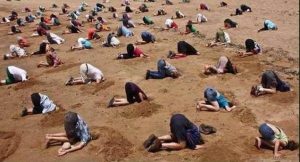 Lets get our collective head out of the sand.

I’m still frustrated with my profession, but now I feel it’s something worth fighting for. Lets stop telling people their gluts are weak, their fascia is tight and their posture is bad. Lets stop getting away with being average, prescriptive and superficial and be bloody awesome. Let’s stop putting individuals on pedestals and get the profession up there instead. I’m fed up of battling for business with pseudoscientific bullshit.

I think we could be really great, but only if the majority are willing to move outside of the comfort zone, and embrace not only change, but uncertainty.

Posted in Uncategorized
← Juliet Bravo. Are You Receiving Me?Let’s Move →