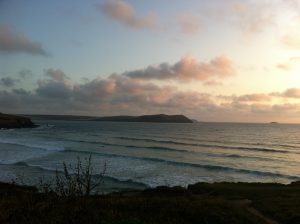 Like it or not, there is a sea change ahead in Physiotherapy. Rather than making things clearer and steering us towards consensus, advanced investigative techniques and an increasing evidence base have, if anything led to a greater uncertainty and more debate amongst our numbers.

Many traditional treatment options are being scrutinised under the research microscope, and this close inspection is revealing many holes and flaws in the very fabric of our profession.

Long held beliefs about how and why some treatments work are being disparaged and disputed.

Add in social media platforms to the mix and unrest simmers to the surface.

While some try simply to ignore the holes in what is increasingly considered a leaky ship, others, convinced she’s going down, jump overboard and swim (confidently), for shore (without really knowing the exact distance, location or in fact existence of any land). No ship is better than one that is sinking …….. Right?

Some have an evangelical belief, despite evidence to the contrary, that pain is a predominantly structural issue, and doggedly hang on to simplistic linear reasons for its cause and the effects of treatment.

On the other hand, there is a growing cohort that despite uncertainty as to how or why some treatments actually work, believes there is no value in their use, and should be banished from practice.

And then there are some that seem to be straying further afield, and venturing into territory where, it has been suggested, physiotherapists are not qualified to be.

Some have been branded unprofessional for holding the status quo to account.

All this means, at times being a physiotherapist in the current climate, can be an uncomfortable place to be. Particularly while trying to build a reputation and make a living in an already saturated private practice market.

New ways of thinking and doing can often conflict with client expectations and beliefs.

In a 20 year career, I have never felt more inspired, passionate and excited about my work as I do now.

I am slowly learning to embrace the new, and reconceptualise the old. I am becoming more confident with being critical, both of others and of myself.

So as we navigate rough seas, I choose to stay with the ship, but refuse to ignore the leaks. I’m keen to keep working to make it a stronger, more watertight vessel rather than blindly jump overboard. Because even if a shiny new, leak-proof vessel comes sailing by, who’s to say that won’t start to rot in time?

Posted in Uncategorized
← Affairs of the Heart (shoulders, knees and toes)Juliet Bravo. Are You Receiving Me? →

← Affairs of the Heart (shoulders, knees and toes)Juliet Bravo. Are You Receiving Me? →