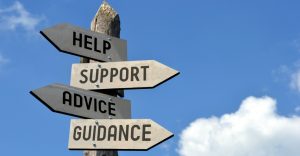 I recently agreed to go out with a guy I met on a dating site, in part, due to his attitude towards injury. We shall call him Mr X (in the interests of mystery and intrigue).

This may seem like a bit of a weird reason to go out with someone, but let me explain.

I try and keep my profession under wraps for as long as possible when dating, mainly because once a potential suitor finds out I’m a physio, the chat, at best turns into a consultation about his back pain/ knee injury/shoulder problem, or at worst, to the subject of massage!!!

At what point in the date is it appropriate to leave a business card and ask them to book an appointment?? (or just escape through the bathroom window?!) 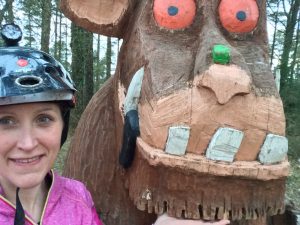 Blind dates can be awkward

But one of Mr X’s opening lines was – ‘just back from the Alps, dislocated my shoulder, but so what. Hardly hurt a bit. Want to catch up for a mountain bike ride on Saturday?’

I liked this guy. Not only did he ride bikes, he clearly had some good coping mechanisms when it came to injury, which meant we could focus on chatting about the important stuff, such as did he like dogs or cats, and other such awkward conversations*

But while this is appealing on a personal level, professionally it leaves me with something of a conundrum.

I want to promote resilience and self-reliance in my clients, but at the same time, I need people to be somewhat reliant on me – it’s how I make my living.

So how do I strike the balance?

When SHOULD you go and see a physio, and when is it best just to get on with things (or Man the F*** Up as someone so eloquently put it the other day)?

Well, as is always the case when dealing with human beings, there is no simple, one size fits all answer here.

Pain depends on context, previous experience, cultural influences, not forgetting tissue pathology of course. So choosing when to see a physio will be influenced by a number of factors. But what concerns me, are the barriers we seem to create that put people off seeking our help.

Notwithstanding NHS waiting lists, I think our profession has instilled a fear in people that a trip the Physiotherapist will result in an instant ban from anything fun in our lives, only to be replaced with some boring theraband exercises, a 2 hour stretching regime and instruction to join the local Pilates class.

I think (and this is my opinion), in our desperate attempt to be the most professional of all the therapies, we’ve lost our humanity a little bit. We are the Posture Patrol, Boring Brigade, the Fun Police!!

However, there is a growing body of evidence that pain isn’t necessarily an indication to back off completely, and maintaining some form of meaningful activity is an important part of the healing process. But attempting to carry on like before, ignoring the pain, ‘cracking on’, manning up, often isn’t the best course of action either.

Ahaha!! Enter the expertise of the Physiotherapist.

Going to see a physio doesn’t necessarily mean weeks of treatment, lots of boring exercises, or even time off from your sport.

feel supported, not propped up

Visiting a physio can (in fact should) be as simple as providing you with information about when it’s necessary to rest, and the best things to do in order to build back up to your normal level of activity, helping you to understand any flare ups or set backs along the way.

You can imagine then, I was pretty relieved to find out Mr X had already bought into this approach.

He wasn’t a ‘man up, she’ll be right’ kind of bloke at all. He’d already had the benefit of some really good physio treatment in the past. This was a repeat dislocation, so he knew what exercises to get on with. He knew he could ride his bike, but to take things easy for a while (also providing him with a convenient excuse if he was struggling to keep up with me – win win!!)

On our second date a few days later, he reported the shoulder was feeling much better since getting back on the bike (it’s a good exercise to activate all those shoulder stabilisers, and cardio exercise is helpful in reducing pain).

This is often tricky to reconcile as a private clinic, and it’s hard not to give in to the temptation of fancy sounding treatments and false promises.

Telling people it’s going to take time, patience and some work on their part is often a daunting position for a physio (and it’s not as sexy as a machine with flashing lights), particularly in the ‘instant fix society’ in which we live. They risk losing that client to the clinic with the fancy machine, or the newest K tape colour.

However, I think it’s important to play the long game with these things. The shiny veneer of fancy treatments often wears off pretty quickly, leaving the client to look for the next ‘fix’.

Mr X had a good grasp on what pain and injury he could deal with on his own, and when he need a little more input. Although his Phsyio missed out on a paid consultation this time, the level of trust and confidence clearly built with Mr. X, meant that that he was a client for life.

As for a third date? Well, the complexities of the human heart is perhaps a blog for another day (and another author as I am definitely no expert).

So, to summarise, when do you go and see a Physio?

And when do you MTFU? (or WTFU in the interests of equality)

1)when you’ve had some really good treatment and advice in the past, and feel confident in dealing with your pain in the knowledge that you have an awesome Physio on the other end of the phone if things aren’t settling.

*(for those who have never experienced internet dating, it’s a bit like sitting an exam. You’re nervous to begin with, hope you don’t say anything stupid while you’re there, and sheer relief when you leave, occasionally you come out of the other side feeling like you’ve aced it!!)