When I was asked back in March to be part of a team for the 20th and final Mountain Mayhem event, it sounded like a great idea. I’m always keen to understand the client’s perspective, and for the last 3 years, Revolution Sports Physio has provided Physiotherapy support and sports massage at a similar event in Plymouth (Twentyfour12 in Newnham Park). I’ve competed in various mountain bike events, but never a 24 -hour. It was a great opportunity to literally put myself into the competitors’ shoes! 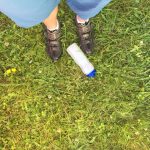 In a competitors shoes

But as the event loomed large, the nerves began to set in.

For those not in the know, Mountain Mayhem is a 24- hour cross- country mountain bike event. The format is simple. Ride as many laps as you can in 24 hours. 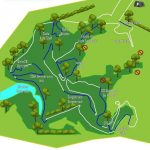 The course is set on Princess Anne’s beautiful Gatcombe Estate. Although no actual mountains were involved, the deceptively serene Gloucestershire countryside packed quite a punch.

We were a team of 4 women, and as is usual in mountain biking, women’s entries were a little thin on the ground. With only 2 other teams in our category, we were guaranteed a podium from the off. But I knew my team -mates wouldn’t be satisfied with a token podium place.

I was worried. I knew I wasn’t the fastest in the team, and I didn’t want to let the girls down.

Competition aside, we had another challenge to deal with. The heat!! We had hoped and prayed for dry weather but at 9am on the morning of the race, it was already feeling pretty hot. I’m not great in the heat. This was going to be tough.

I was second off after Gemma had put in a strong first lap. I was riding an unfamiliar bike (having borrowed a 29” hard tail more suitable for this kind of event than my heavier, full suspension steed). After the practice lap, I was ill advised to take some of the pressure out of my tyres, but this was a mistake and caused the back wheel to skid a lot. Please, please, please don’t puncture…………….

Luckily my first lap passed without incident, if a little slower than I would have liked.

After a couple of laps each, we were in the lead. Not by much, but if we could just get a comfortable gap between us and second place………..

It wasn’t meant to be. A puncture (not me thankfully) and suddenly we were chasing. The race was on. And it stayed on for the next 20 or so odd hours. We managed to close the gap to a couple of minutes at times, but it wasn’t our day.

A couple of falls and a light failure on the night laps went against us. But irrespective of a bit of bad luck, we were up against it. A race over 24 hours is about being smart as much as it’s about speed, and the ‘Freed from The Shire’ team were not only strong, but clearly had a lot of experience riding this event (having won this category for the last 3 years).

04.30am and the team are going strong, but the support crew not so much.

But the chase was fun. They were never so far ahead that we lost hope. My original aim had been to simply turn up and experience riding a 24- hour event, but this was soon forgotten and replaced with the aim of winning!!

I discovered new strengths, and what I lacked in speed, I made up for with stamina and to the surprise of everyone (most of all me), a strong competitive drive.

Although we missed out on top spot, we knew that our podium place was anything but a token, and we enjoyed every minute of it. 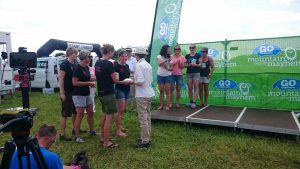 Princess Anne turned up looking cool as a cucumber in the 30 -degree heat to present the prizes, and like all great sporting events, rivalries were put aside as we thanked out adversaries for a great race.

We still have our eye on the top spot…….

But my new found competitive side is refusing to be silenced. There has already been talk of a rematch. As this was the last Mountain Mayhem, we’d like to invite the Freed from the Shire team down to Devon for the 2018 twentyfour12.

So how about it girls?

It would be great if we could encourage more women’s teams to race in this event. Don’t think you’re up to it? Give it a go. You just might surprise yourself………………………………..

Revolution Sports Physio will be putting competitive ambitions aside for the 2017 Twentyfour12 to provide the usual quality Physio support and sports massage, but watch this space for 2018…